As the 32nd anniversary tribute of the multi-awarded religious program Ang Dating Daan kicked off earlier this month, a benefit concert entitled Keeping the Love Alive was held last November 21 in commemoration of Kuya Daniel Razon’s 29th year in service to God and to humanity. A Worldwide Bible Exposition and a thanksgiving offering followed these events.

Thousands have gathered at the Ang Dating Daan Convention Center in Apalit, Pampanga to witness and to relive songs from yesteryears. As soon as local performers like Gail Blanco and Jayson Fernandez set the mood for the night, the crowd was caught by surprise as the legendary band Air Supply took the stage without any introduction, opening their almost-two-hour performance with their hit “Even the Nights are Better.”

Though their hair has turned gray, Russell Hitchcock and Graham Russell’s voices sounded like they were still the duo who conquered the airwaves in the 80s. Yes, the Air Supply is still the Air Supply for they untiringly performed one song after the other (“Goodbye”, “Chances”, “The One That You Love” and “The Power of Love” to name a few). It was almost 10 in the evening when the band bid goodbye but the musical vibrancy was not yet ready to sleep. 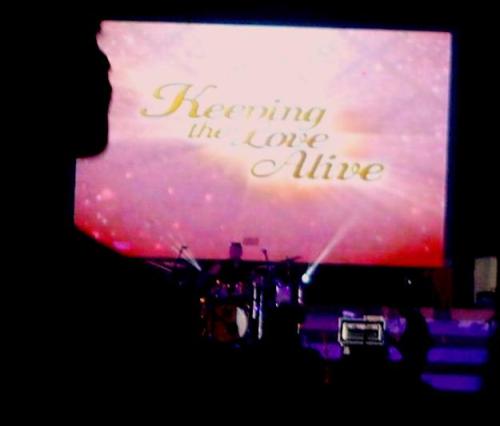 Hammilan Pavoreal, a local artist, did not fail to wow the crowd waiting for the second half of the evening with his versions of the classics such as “Just Once”, “Please Don’t Ask Me”, “Hanggang”, and “Keeping the Love Alive.”

The birthday celebrant, Kuya Daniel Razon, entered the stage with the jazz song “Sway”. He did a medley of 80s songs which he told was part of his young adulthood years. He melted everyone’s heart with his interpretations of “Lady”, “Leaving on a Jetplane”, “Babe” and most especially with “Please Be Careful With My Heart” which he sang with his lovely wife.

Another notable highlight of the concert was the set of heartfelt performances of Members Church of God International (MCGI)’s Bro. Eli Soriano. He soothed everyone’s souls with good music such as “I Just Called to Say I Love You”, “To Love Somebody”, “Words”, and “Through the Years.” As a biblical man, he nevertheless cited verses from time to time.

Aside from the music, what the attendees has brought home was Bro. Eli’s tender words of gratitude and sincere aspiration. “I hope we will always be one in doing good to people…God loves people. God wants people to be saved. And this is why we are doing this concert.”

And as the month approaches its end…

Bro. Eli and Kuya Daniel again shared their time to cater spiritual queries from all over the world as the Ang Dating Daan held a Worldwide Bible Exposition last Friday, November 23. A total of 15 remote points were served but thousands of ADD Coordinating Centers across the globe were also opened to accommodate more people seeking to hear wisdom straight from the Bible. Live feed were also provided to online fans via Twitter (@AngDatingDaanTV and @TheOldPathTV) and Facebook (Facebook.com/AngDatingDaanTV and Facebook.com/TheOldPath).

The next day, the members of Church of God International offered their sacrifices of thanksgiving as Kuya Daniel, MCGI’s Vice-Presiding Minister, remembered his 29th year in selflessly serving our Creator and his fellowmen. The songs of praises and all the biblical truths and advices were a delight to everyone’s soul. What transpired that evening and what the congregants felt were beyond description—unspeakable, simply put. So let me just leave you this line from We are Blessed, a song composed by Kuya Daniel himself,

Indeed, all we can do is to thank the One who gave us the chance to behold this very,very wonderful month!